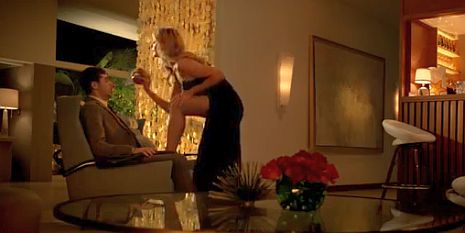 If you watch TV for any time, you’ll see Jesse LeBeau. He’s the co-star of the Carl’s Jr. / Hardees commercial with Heidi Klum.

The ad is a spoof of The Graduate. Jesse plays the innocent young man, the same role Dustin Hoffman played in the movie.

We met Jesse at a conference. We loved his story – a small town boy overcomes all the odds to turn his passion for basketball into a Hollywood career.

Jesse shows us that sometimes you have to tweak your passion to turn your dream into reality.

In This Entreprenurturing Session, You Will Learn:

– – – – –
What’s your passion? We have a complete tutorial to help you discover it in just seven questions. Premium Members: Get it here.

Free Members: Buy it in the store or upgrade to a Premium Membership. Then you’ll have instant access to it and all the tutorials, guides and monthly group coaching. Go Premium now!

About our guest:
Jesse LeBeau has been featured on the national stage as both an actor and an athlete. He’s also a budding motivational speaker and author of the upcoming book, Among the Giants. It’s his story about an underdog turning his dream into reality.

Our picture with Jesse, minus the burger!