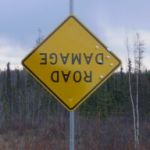 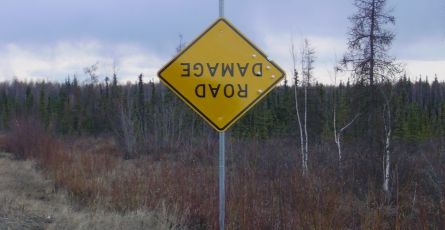 When he was just fifteen, he began writing for other comedians. But he wanted to perform. He finally got his chance five years later.

He became a singing waiter. He did a stint as an acrobatic diver. For nine long years he struggled to pay the bills.

Then he quit.
He gave up on a career in show business. Later he would say:

“I was so little known then that, at the time
I quit, I was the only one who knew I quit!”

He took a job selling aluminum siding. For thirteen long years, he made a living. He supported his wife and kids.

His struggle in show business became a distant memory. Then he got the bug again.

He had the benefit of not knowing. He couldn’t foresee how far he still had to go to be a hit.

He kept his day job and did comedy at night. But he still met with little success. His dream was turning into a nightmare.

He couldn’t get booked into the elite clubs. So if he wanted to perform – and he did – he had to settle for places far away from the bright lights of the city.

After one such appearance, he quipped, “It was so far out, my act was reviewed in Field & Stream!”

He fell further and further in debt, racking up a tab of more than $150,000 adjusted for inflation.

Deep in debt and despair, he had his BIGG moment. He realized:
If he wanted to be a famous comedian, he needed to build a brand.

So Jack Roy – the stage name he had been using – became Rodney Dangerfield.

His inspiration came from a character on Jack Benny’s radio show over twenty years earlier. Also named Rodney Dangerfield, the character got no respect.

Dangerfield built his own persona using this character as a base. You probably know the rest of the story.

He became a hit. He went on to buy his own club, so he didn’t have to travel. He became a movie star. He’s one of the most loved comedians of all time.

So what can we learn from Rodney Dangerfield?

We tend to think we need to jump right up every time we get knocked down. But timing is everything.

As we see here, perseverance may mean stopping for a while. Then you can return later once you’re stronger and more prepared.

Just make sure you do return!

We’ve been told this since we were kids. It’s bad advice.

It may be a new twist on an old tactic or it may be something completely new.

We’ll admit – it never feels like it when you’re there. But as we’ve studied stories of BIGG success, there’s a common theme:

The most successful people often have had a BIGG moment in the depths of despair.

So make sure you stay tuned in to yourself and the world around you. And that’s especially true when the path ahead is dark.

Rodney became a hit after he discovered the power of marketing.

“The guy who got no respect” shows us that a brand helps you stand apart. A brand makes you memorable. It makes it easier for people to tell others about you.

Rodney didn’t reinvent the wheel. He created his character from a long forgotten, under-recognized character.

Put another way, look for a model you can leverage to build your own unique concept. It leads to BIGG success!

Do you have a personal brand?