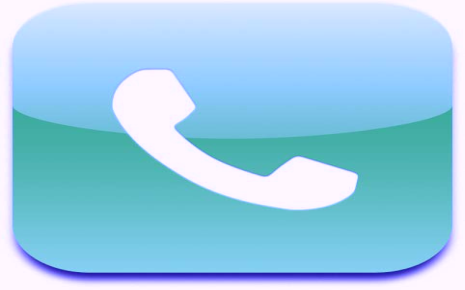 How to Instantly Connect with Almost Anyone

Our parents don’t teach us how to do this. You don’t learn it in school. Yet it’s truly connecting with other people is a critically important skill in today’s fast-moving business world.

A lot of people have a misguided thought. They think certain other people just have chrarisma. It’s something you’re either born with or you’re not.

The reality is that anyone can do it. The techniques which we will share today work for people who are extroverted. But they can also be used if you’re introverted…

Click the audio play bar with your mouse to fast forward or rewind the audio track.

We always emphasize that there is a price for BIGG success. But there is a shortcut: a a high-performing network.

It’s THE variable which separates champions from also-rans. Master truly connecting instantly and you’ll be one of those people other people look at and wonder how they do it. You’ll be a BIGG success!

Almost everyone knows this by now. Trust has become almost a buzzword.

In a world where everyone is focused on building trust, the only way to accelerate success is learning how to build it faster. That’s what we’re going to talk about today.

Who people like
The techniques we’ll share will help you connect instantly with almost anyone. But they’re not magic pills. People can (and will) sniff out a fake. You must genuinely care for people – and demonstrate that concern – for any technique to work in the long run.

When we first meet someone, we tend to discuss a variety of general topics. Why? Because we’re looking for similarity. We’re trying to answer the question “Are you like me?”

Who can blame us? What’s not to like? We’re such good people!

All the techniques we’ll discuss today are all designed to foster that connection instantly by discovering or displaying similarity. Later, as the relationship continues to develop, you can move on to deeper, more personal discussions.

The technique before the techniques
Connecting instantly requires you to be in the moment. So whenever you have the opportunity to network, you have to get in the right frame of mind.

It starts with the technique before the techniques. We call it the “brain wash” technique. You have to clean out your mind of all the details running through it. Forget the day’s events. Forget your troubles and cares. Get rid of the mental clutter, so you can be “fully present.”

Focus on the people you’re with. Tune out so you can tune in!

A smile sends a signal to the person you’re smiling at. It says you’re happy to meet them. Research shows they will like you because they think you like them! Since you like them, you must be a good judge of character. You’re smart! So you must be competent!

All of that, just from one little smile. No – wait a minute, we misstated. Don’t just turn up your lip and call that a smile. Flash those pearly whites! Smile BIGG…it instantly opens up people’s hearts and minds.

The eyes are “the windows to the soul.” Like a smile, eye contact also sends a signal. It makes them realize that you’re NOT hiding anything. You’re trustworthy! See how fast trust can build.

Some people have a problem with this one. You’ll want to avoid the “eye dance” – your eyes dance back and forth as you look at their left eye, then the right eye, back to the left, now ot the right.

How can you avoid this? See eye to eye – just look at one of their eyes. It doesn’t matter which one. You’ll find it much easier to maintain eye contact with this technique.

You’ve heard of secret handshakes? This is a special handshake.

Before we explain it, let’s talk briefly about the importance of a handshake. Handshakes have been called “the second impression.” They are a customary part of the greeting in most Western cultures. But in order to understand the significance of handshakes, we need to look at their origin.

Handshakes go all the way back to the days of the Roman Empire. Two warriors greeted each other with a handshake to show they had no weapons. They meant no harm.

Handshakes have evolved to be the symbol of how we seal a deal. It’s an expression which shows two people agree on the terms of the deal.

In other words, it’s in our DNA to see a handshake as a way of showing we can be trusted and we see things the same way. Trust and similarity. Do you see why a handshake is so important?

In fact, research shows you gain as much rapport from a handshake as you do from 3 hours of face time!

We won’t go into the basics of a handshake; we’re sure you’re familiar with them. However, here’s something you may not know:

When you extend your arm for a handshake, keep your hand straight up-and-down. If your palm is up, it implies you’re being submissive to the other person. If it’s up, it signals aggressiveness. Keep your hand perpendicular to the ground to show a meeting of equals.

Now to the SHFT technique. Here’s the secret: Shake hands as you normally would. But then extend your left arm for the finishing touch.

Watch the person you’re sharing the handshake with. Look for non-verbal clues. Do they flinch, grimace, tighten up, or in any way signal discomfort? If so, pull your left hand back just before touching them. If they seem open to it, put your left hand on top of the two locked hands (yours and your fellow “shaker”).

Note that we’re less than 30 seconds in from the time you were introduced to this person. Yet you’re a long way down the path to persuasion!

This is a BIGG one! But we’ll warn you that it may sound strange to you. You may even be skeptical. Bear with us!

What happens when someone yawns? Someone else usually yawns, right?

This technique simply applies that reflex actively, instead of passively. This is something wired into our human brains.

We’re just suggesting you move it out of your subconscious into you conscious mind. Once you’ve practiced it enough consciously, you’ll find you can let it slide back into your subconscious. Only then, you will have mastered its use.

Before we share how to use this technique, let us explain just how powerful it is. Research shows five times as many sales occurred when participants used this technique.

Group 1 was the control. They closed 1 out of 8 deals. Group 2 used the social echo and closed over 5 out of 8. It’s particularly valuable for more complex transactions, where there’s clearly a win/win outcome possible.

Convinced? Good. Now let’s talk about how to use this technique.

Think back to when you were a kid. Didn’t you think echoes were cool? Hello….elllo…llo…lo…o!

The next time you’re in a room full of people, observe closely. You’ll likely see this phenomenon at work. And it’s all subconscious – humans relating instinctively with each other.

When someone crosses their legs, do you notice other people crossing their legs? Do you suddenly feel the urge to do so yourself?

When someone takes a drink, do others take a drink? Someone orders a drink. Others order a drink.

We all echo social behaviors. By bringing it to a conscious level, you’ll be able to apply it at will to show people you’re like them. And remember, people like people like them.

There are three specific areas where you can echo someone socially:

We would be remiss if we didn’t share a couple of caveats. Don’t echo immediately or exactly. Be slow to start and slightly different. For example, you may cross the other leg 10 seconds after they cross theirs. You also shouldn’t echo negative behaviors (e.g a nervous tick).

We also want to emphasize: The conversation is still the important thing to focus on. This is backdrop to that. It’s harder when you first start trying to use it. You’ll overcome that by practicing it when it doesn’t count! Over time, you’ll do it naturally without thinking about it at all.

When you meet someone for the first time, search for common ground. What do you both like or dislike? It could be the weather, a sports team, your hometowns, the schools you attended, a restaurant or TV show, etc.

But there’s one real winner: Is there a mutual connection you both feel strongly about. Research shows this endears you to them. The psychology goes like this: “I like them. You like them. So I must like you.”

There’s only one thing more important than a first impression – the last impression. Your “good-bye” is more critical than your “hello.”

So use the “lasting impression” technique:

For example: “I really enjoyed chatting with you, Jane.”

Close with the sweetest words they know: their name. Accompany it with a repeat of the first three techniques: smile, eye contact, and a handshake.

Be warm. Be sincere. Be as energetic as you were when you met them.

In less than 30 seconds, you’ll leave a positive last impression. It’s driven by how they felt when your encounter ended.

But there’s a price

Now you know how to truly connect with almost anyone instantly. But we have to warn you:

There is a price.

Fortunately, it’s relatively low compared to the tremendous rewards you can reap.

All you have to do is PAY ATTENTION! It leads to BIGG success!