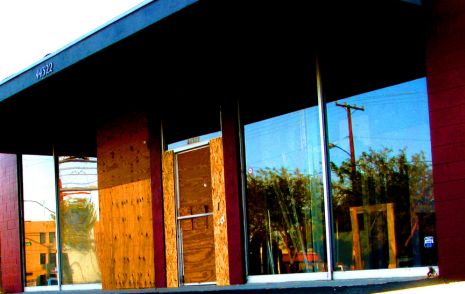 It was a Saturday morning. We were on the outskirts of Chicago, driving in for a day of business meetings. Traffic was getting heavier.

We turned the radio on to a station that promotes traffic reports every ten minutes. Only they weren’t doing them on this particular Saturday. Or on any weekend apparently.

They promised something they didn’t deliver. It’s often little things that do the most harm to relationships. Have you ever…

What was your impression as a result? We’re sure it wasn’t favorable.

It chipped away at the emotional goodwill that had been created previously. You wonder if you can ever count on them to do what they say they’ll do.

An essential element to building your brand

A brand carries a promise with it. Your promise leads to expectations by the people you serve.

Promises are easy to make, but not as easy to keep. But if you want to build trust, you have to make good on your promises.

The easiest way to kill a business is to make promises you don’t keep.

Follow-through is an essential element to building your brand. It’s the great separator – the few who do it rise above the many who don’t. Even little things leave BIGG impressions.

People don’t buy from businesses. They buy from other
people. So your brand is only as good as your people.

We often have the best of intentions, but it’s impossible to judge someone on their intentions. So we humans do the only thing we can do:

We base our opinions of people on whether they
deliver on their promises.

The result of two surprises

Your customers will be disappointed if you don’t do what you say or, just as bad, do less than what you promised.

Your customers will be thrilled if you deliver more than what you say.

So how can you do that?

As the leader, it starts with you. Develop a system to record every promise you make.

While we’re thinking about it, we’ve focused on customers in this article. But it goes beyond them to your employees. It’s important to keep your promises to them, too, so you build your brand as an employer. But why stop there? It also extends to your spouse, your kids and every other significant person in your life. They have expectations too!

Do whatever works for you. It can be as simple as pen and paper or as complex as an app (which shouldn’t be difficult to use or you won’t use it).

There are two keys to making any system like this work:

This will allow you to write down or record anything you promised.

Experts say it takes two to four weeks to form a habit. So really focus on using your system every day for at least the next two weeks.

Play to your strengths

Let’s face it. There are two kinds of people in the world – BIGG picture people and detail people. Few people can do both well. So…

If you’re not a detail person, delegate it.

If you have staff who make promises but aren’t detail people, get them help.

You may not want highly-paid employees bogged down in promise tracking. If there’s an economic reason to reassign this task from a promise-maker to a promise-tracker, by all means do so. This is often the case – the people who make the promises fulfill them after being prodded by someone who is tracking them!

[George] Before BIGG Success, almost all of my businesses involved serving customers at their home or place of business. Our technicians hated paperwork and other administrative duties.

Plus, we didn’t want to bog them down. We paid them well. We wanted to get them to the next customer’s place as soon as possible so we could all make more money.

But our technicians made a lot of promises as they conversed with a customer. So we’d get calls about those promises and it would be the first time we heard about it!

So we built a promise-keeping system in the office. Our office people would debrief our techs after each call. Promises got recorded and our office staff was very good at following through.

We almost never got a surprise call from customers after we implemented this system.

Is there a cost to keeping promises? Yes.

Is there a price to pay for not keeping them? Yes.

Have you faced this? How do you make sure you follow-through on promises?